But you’re so young. I’m having a hysterectom

It’s take me FOURTEEN YEARS, but I’ve got a la

Assessments. They’re on my brain because I’ve

Yep… I have a little work to do 🤣 My little

This makes my heart happy ❤️ Do I have colour

ReST therapy for CAS. One of the HARDEST working 4

I feel like minimal pairs gets a bad rap for being

How to teach the ‘ch’ sound for speech therapy

Are you stuck trying to teach the ‘ch’ sound with your child and need some new ideas? In speech therapy, there is no such thing as ‘one-trick’ to teach a sound, because every child learns to say their sounds differently. The following ideas are a few of my tricks that I commonly try.

Get the mouth ready for saying the CH sound

If your first few attempts at trying to teach a child the ‘ch’ sound don’t work, I always look at the mouth to make sure that it is ready. Their lips need to be round and the teeth are together or very close to touching. Sometimes changing the shape of the lips alone can really help to say the ‘ch’ sound correctly.

Many times when I ask a child to say the ‘ch’ sound on its own, it is incorrect. But often I find that they CAN say the sound when I ask them the three following questions:

If the child is successful in accurately saying one of these, we will really practice that one word and then increase to other (sometimes silly) words and syllables to expand their production of that sound. For example, we might do a lot of “choo choo” practice, then change the last syllable to “choo chee, choo cha, choo chow, etc.,.”

SPEECH ACTIVITIES TO TRY TODAY: Use a train and teach that train makes a different sound. Drive the trains around the track, saying the sounds “choo choo, choo chee, choo cha”.

Get the explosion of air

I always teach parents that the ch sound is the ‘t’ sound plus the ‘sh’ sound pushed together. And this is important for speech-language pathologists to remember too. A child has to be able to use both elements to build up the air and release the sound as ‘ch’.

What if the CH sound is soft or weak sounding?

If the ch sound doesn’t have as much FORCE as the way you say it, I tend to two analogies that you can use actions for to really consolidate the learning

The punching sound is where we teach a child that just like a boxer makes fast and strong punches, that the ch sound is like a punch too. We have to punch the sound strong and fast out of our mouths. Doing a punching action as you say the sound really emphasizes this. Have your child copy throwing some punches first, then add sound! If they still make a weak sound, imitate the child and throw a ‘soft’ or weak punch. Give feedback such as, “that was a soft ‘ch’, remember, it has to punch out of our mouths strong and fast.”

The chopping sound is very similar in teaching to the punching. You can use your hand like a karate chop, pretend to hold an axe and chop wood. The key idea is that the action of chopping has to be strong and fast.

SPEECH ACTIVITIES TO TRY TODAY: Teach the chopping sound using play dough. Roll a playdough ‘snake’ for your child to chop with a plastic knife. If your child says the ‘ch’ sound too softly, show them how the knife won’t cut the play dough. This can give the motivation to make it stronger and more forceful.

Start with what your child can do

Most children are able to say the ‘t’ sound correctly. You might have success teaching them the following:

This is another little trick that I have found to be successful; forget the ‘ch’ sound and teach words starting with ‘tr’. I want you to say the following words aloud: tree, trampoline, treasure, train.

Do you actually say train, or does it sound more like chrain? Teaching a more complex or harder sound like ‘chr’ sounds counterintuitive, but many times I have taught ‘tr’ words and the ‘ch’ sounds have come through without us having to work on them.

For some older kids who become frustrated or say that ‘ch’ is too hard, this trick works well because you can tell them that we’ll stop working on the ‘ch’ sound and learn a new one instead.

It is also a great target to choose if the child needs to learn their /r/ sound. You can focus on /tr/ words and hopefully see that ‘sh’, ‘ch’ and ‘r’ sounds are learned in the process.

Speech-language pathologists look at children’s WHOLE speech sound system. If you have concerns that your child is having difficulties mastering this sound, please consult with a professional so that they can best support you.

Get resources to help practice the CH sound

Teach the ‘ch’ sound in isolation, move to syllables, then words, phrases, and sentences. This digital Boom Card deck can be played in face-to-face sessions, as part of your teletherapy practice, or you can even email the link as homework! Sound files to hear the ‘ch’ sound is included. 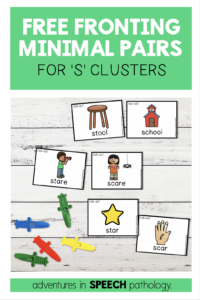 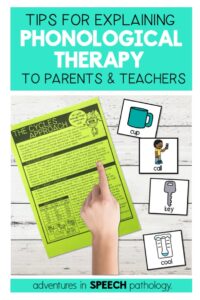 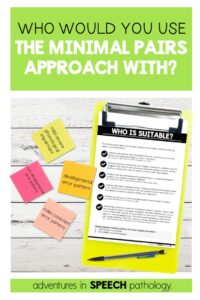