With so many phonological intervention approaches

Seriously can’t get enough of these animal faces

Yesterday, my three-year-old came into my office a

My beautiful city ❤️ Did you know that I’m

I joke in my stories that my default game with art

If your child has difficulty getting their tongue

Do you ever “play around” with vowel sounds to

I’ve been using the complexity approach and chos

Which phonological therapy approach should you choose?

If you go to any online forum and post a question along the lines of which therapy approach should I choose?, you’re going to get a lot of answers.

And they’re all going to be different. Which is kind of a good thing.

Our role should be to match the child to the intervention approach that best suits their needs instead of applying the idea of “I’m going to do cycles with every child because I know how to do it” or “well, I know they can’t say ‘f’, so I’ll just work on that in words, phrases, then sentences, in initial, medial, and final position.”

There is no ‘one size fits all’ when it comes to choosing the right phonological approach. And that’s because a number of approaches might be effective.

Take a child who is omitting the final consonant in words. I have targeted this using minimal pairs, cycles, multiple oppositions, and a metaphon approach. They were all successful for those individual children, and hey, I’m sure that there were more interventions that I could have chosen.

THINGS TO CONSIDER WHEN CHOOSING AN INTERVENTION

I know what you want to read next. You want a flow chart or decision tree that tells you what approaches are out there. But here’s the thing: I don’t know them all! There are SO many approaches out there that I’ve probably only implemented half of them in my practice. I would be doing a disservice to make a flow chart when I haven’t implemented, or don’t understand them.

But this is what I can say:

Let’s go back to that original question, “which therapy approach should I choose?” Perhaps we should be asking “I’m familiar with minimal pairs, cycles, and multiple oppositions. Which approach would you choose?” or “Is there an approach that I’m not using that you would consider?“

I encourage you to expand your knowledge and learn more approaches. The more approaches you know, the more confident you will be to choose the approach that best matches your child. And finally, don’t feel that you are STUCK in an approach. If a child is making very slow progress, that is usually a sign to me that I might need to trial a different approach.

For transparency purposes, these are the approaches that are on my ‘to-do’ list to read more, learn deeper, and implement. I really enjoyed the open-access article, The Complexity Approach to Phonological Treatment: How to Select Treatment Targets, by Holly Storkel. My goal is to take some more professional development in this area. I know NOTHING about speech perception intervention (researched by Susan Rvachew), so that will be an exciting learning curve for me. Finally, I was recently re-introduced to constraint-based nonlinear intervention from Bernhardt & Stemberger. I think that it fills a lot of little gaps for those tricky kids, so it’s on the list as well! 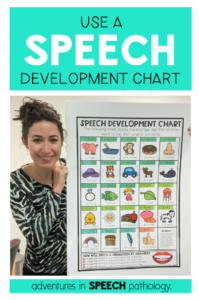